On the 15 October, 1900 Paparore Native School was opened. The school was situated near the ‘tidal creek’ just below Paparore
Settlement and Marae, and had originally been built as a kauri gum storeroom.

Mr E Greensmith was the first headmaster and when he transferred to Te Hapua, the school was closed only to re-open again a few months later. So as to accommodate increasing pupil numbers from Waimanoni and Waipapakauri, the school site was shifted to a more central site north of the Waipapakauri Hotel, just above the old port ‘Ngahutihuti’

In 1939, the school was faced with the prospect of being moved again because of Government’s intention to construct an aerodrome in close proximity to the school. However, it was not moved until 1942 when the advent of the Second World War made the aerodrome important for defense purposes and it’s present site at Lake Ngatu became the new site. 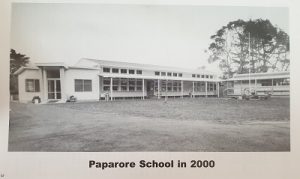 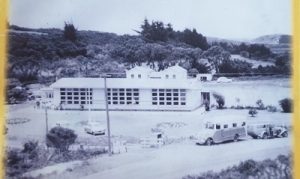